It's just like a computer game, but then with a more serious objective. Yesterday, the firm SIM-CI demonstrated how to use a simulation model to study how a disaster scenario might progress. This would help municipal and provincial authorities to better prepare for emergencies.

Water is flooding into the polder, overwhelming residential streets and, one by one, sections of the power grid cut out. The telecommunication poles have also packed up. Within a few hours, the area's residents have no power, no telephone connection and no internet. People are fleeing en masse in their cars, but the couple of major roads to safer areas are already gridlocked. Panic.

We are in the southern part of Rotterdam and a major disaster is unfolding before us, resulting in dozens of victims and billions of euros in damages. Fortunately, none of this misery is real, as the disaster is part of a simulation of the firm SIM-CI that presented it on day three of the Cyber Security Week in The Hague.

SIM-CI, a full subsidiary of utility company Alliander, developed the software for municipal and provincial authorities, so they can better prepare for potential disasters. Regardless of whether they are caused by a dike breach or a cyber attack. The buzzword here is resilience – basically to what degree a city or region remains on an even keel if a major disruptive event occurs.

And that is much needed too, as they are becoming increasingly vulnerable to disasters. There are various underlying causes. Firstly, more and more people are living in small spaces in towns and cities. But we are also increasingly dependent on the power grid for an ever wider range of functions. Finally, we do almost everything using the internet. There's nothing wrong with any of that, but it does make us more vulnerable. If one of these pillars collapse – not to mention all at the same time – then straight away we've got a major problem.

To see the full range of capabilities of SIM-CI's simulation model, we're given virtual reality goggles. In three dimensions we see the area (see Figure above) within Dike Ring 17 from the air. It runs from Hoogvliet to Ridderkerk and from Rotterdam-Zuid to Zwijndrecht. Some 450,000 people live in this area, there are hospitals and commercial buildings, and even a couple of chemical plants. Important locations (points of interest) are given their own symbol. Telephone masts rise into the sky everywhere with green flashing lights, indicating that they're still working. 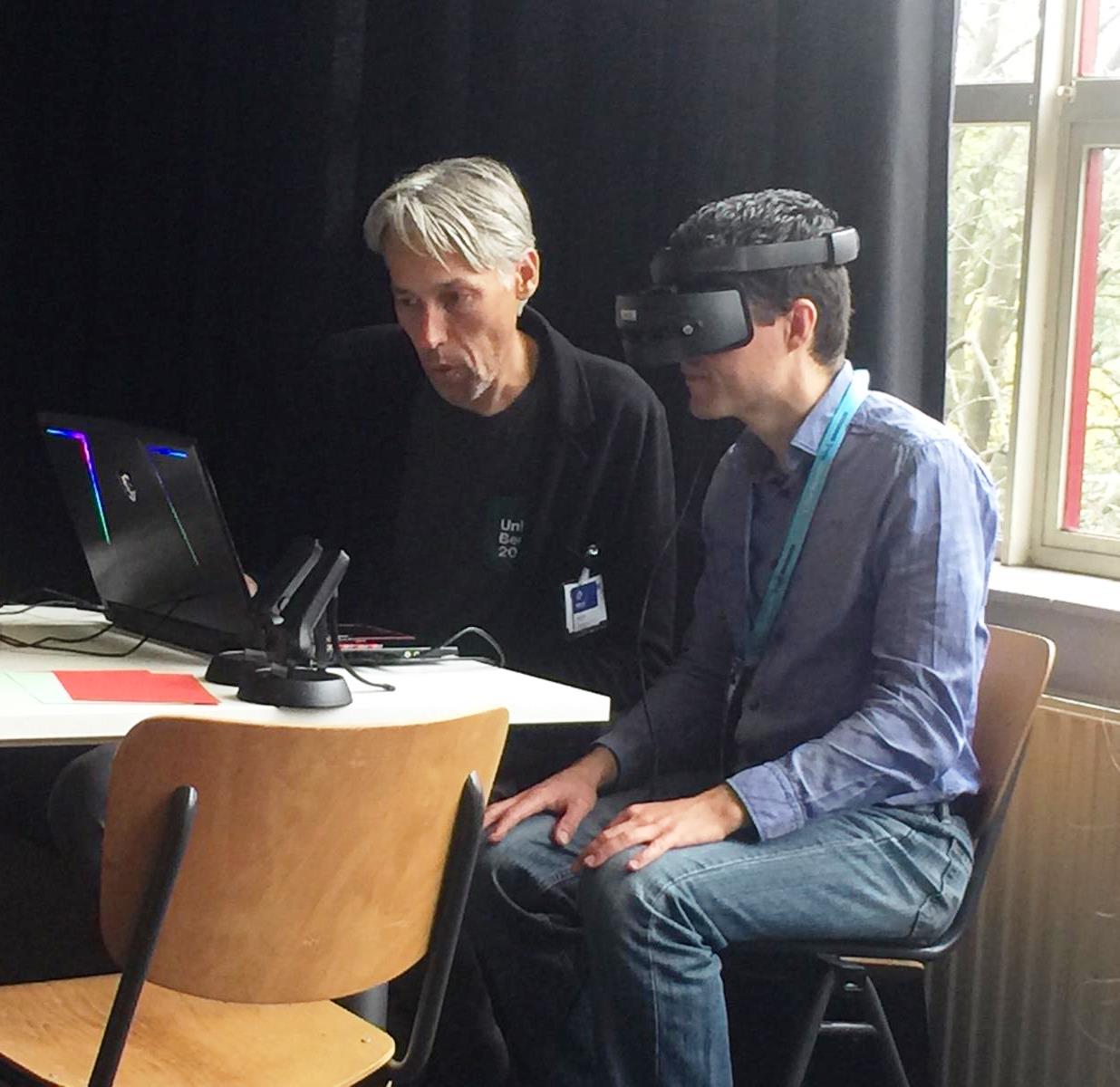 Using a joystick, it's very simple to rotate, zoom in on and scroll through this little chunk of the Netherlands. But that’s not the end of the story. We can click all sorts of layers on or off, enabling us to see at a glance the state of the power grid, the roads, the residential density, and so on. If something goes awry, you can see quickly what the effect will be of flooding or chemical spillages. Where will the power go down, which people will be getting wet feet, how many people will flee and to where?

It is worthwhile at this point to put things into perspective. This computer model – that is very reminiscent of the computer game Sim City – will always be just an approximation of what actually happens during a disaster. ‘Yeah, that's true, and we're constantly trying to improve it by integrating increasingly realistic models,’ says SIM-CI's Huib Schrijvers during his presentation in The Hague. ‘For instance, we purchased – anonymized – data from telephone providers about where people are during the day.’ The model also includes a very precise model with elevations so we can predict where water will go in the event of flooding.

Human behaviour is notoriously difficult to predict. What will people do if they are panicking, if they suddenly face a situation that they couldn't have foreseen? ‘Good point. Which is why we're looking at how we can work together with companies that specialise in crowd control – understanding and predicting the flow of large groups of people.’

The images show a region near Rotterdam, but the city of The Hague is also interested and Groningen wants to simulate a Richter 5 earthquake using the model. SIM-CI is also getting invites from abroad. For example, to study how vulnerable certain locations are on the East Coast of the United States.

The firm SIM-CI is still in the start-up phase. It's demonstrating its capabilities and will create a custom solution for each project. The current simulation model only provides insight into the weak points in a city or region – it doesn’t yet provide solutions. ‘We are working on that together with companies such as Arcadis and RoyalHaskoningDHV.’

Back to the simulation. Sadly, there are now 36 mortalities in the area and the estimated damage to infrastructure and buildings has risen to over 4 billion euros. Not a single mobile phone has got a signal and the power is down everywhere. To make matters worse still, certain substances are now beginning to leak from a chemical plant. What a terrible tragedy, but fortunately it's just a simulation.