This week, the Turnaround Terminal company presents a new concept for handling aeroplanes at airports. Instead of the usual pier with planes alongside, the turnaround terminal is a rotating docking station that transports a plane through several zones.

The primary element of this new concept is the circular terminal building, around which rotate a turntable and docking stations. From the runway, an aeroplane enters its docking station, and then gradually rotates through the different zones of the circular building. In the first zone, passengers and baggage are disembarked. In the next zone, the plane is cleaned and refuelling commences. The final zone is where passengers and baggage are boarded. 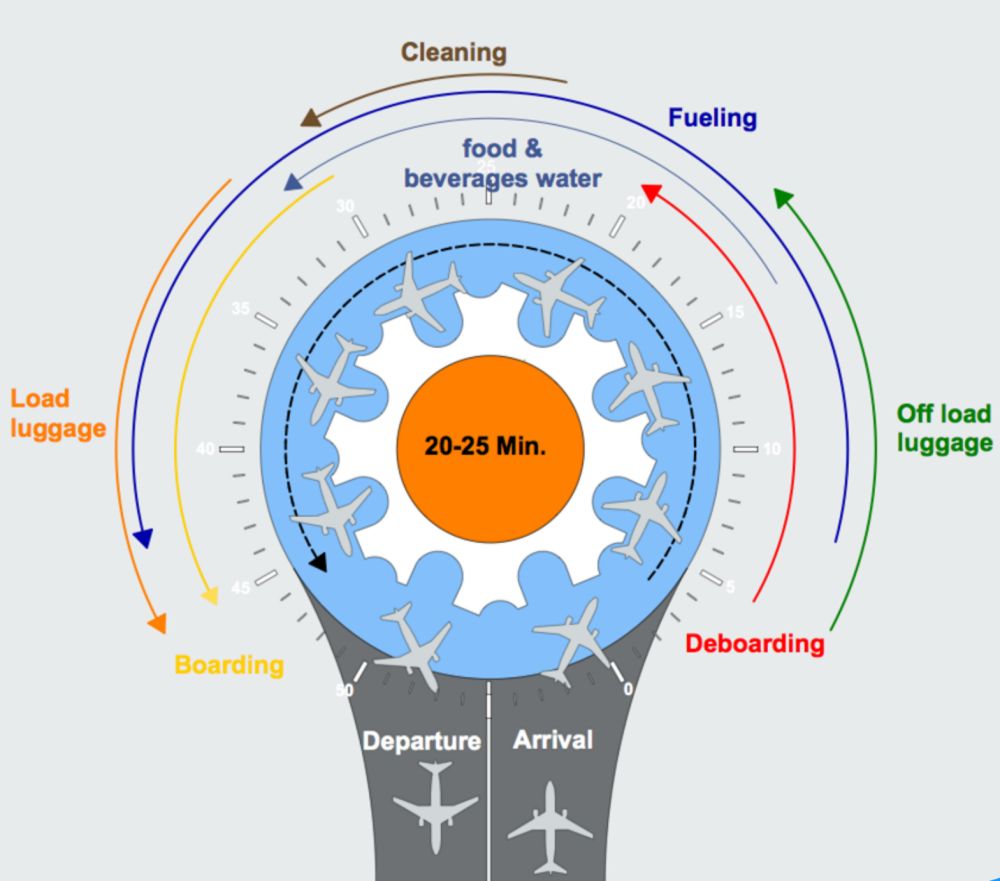 Compared with existing linear handling of aircrafts, Rau, known for his circular architecture (read: 'New office complex with 80% re-use'), thinks there are many benefits:

► The infrastructure is utilised much more efficiently, there are far fewer piers with gates needed; 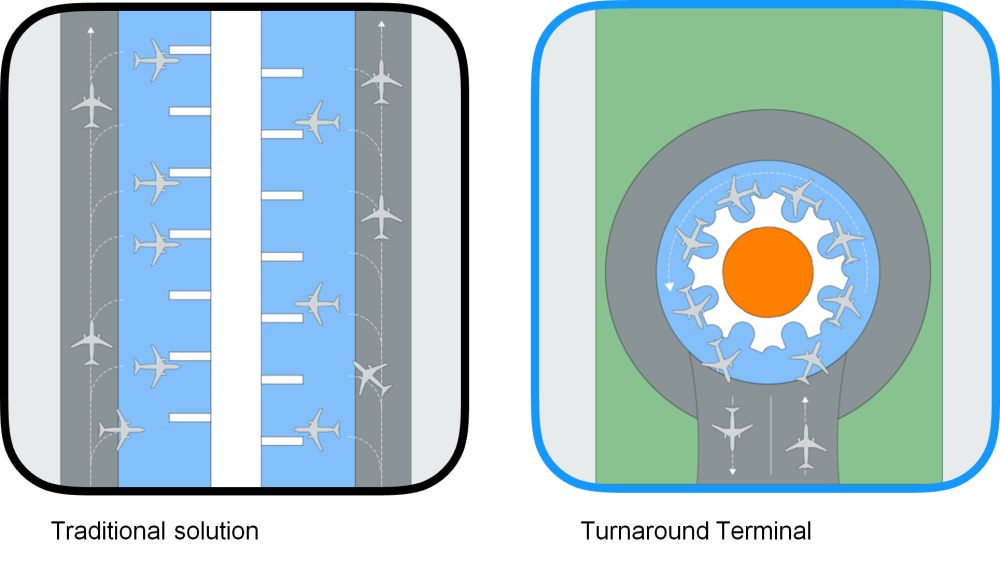 ► Because there are fewer gates, less personnel and equipment are required;

► Far less surface area is taken up at the airport;

► Ground service crews with refuelling tankers and baggage carts and the like are no longer needed;

► The handling process is much faster;

► Passengers don't have to walk so far. 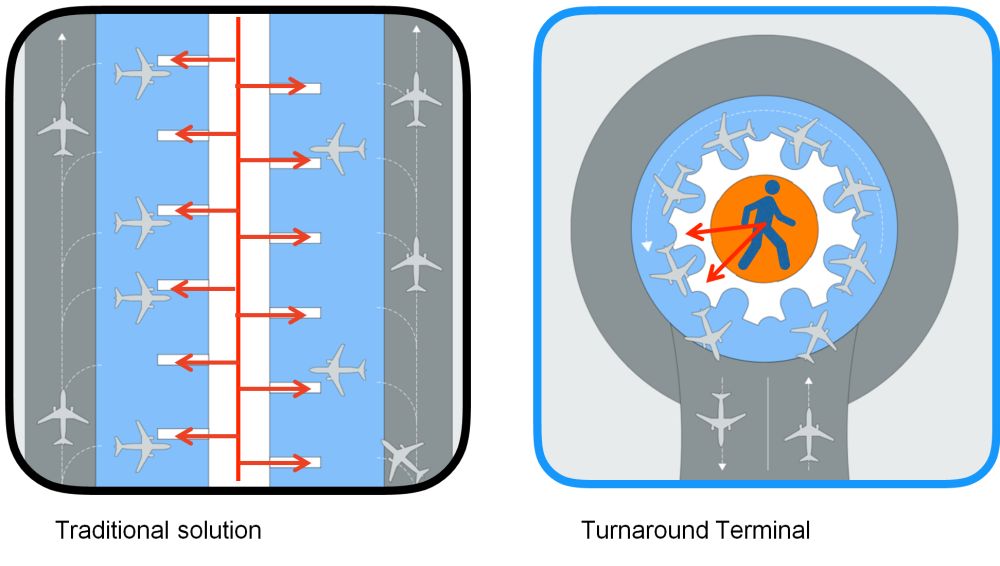 One consequence of the rotating concept is that it can only function properly if the entire handling process is highly automated. The turnaround terminal is literally a logistics machine, in which the docked aeroplane moves at a fixed speed from one zone to the next. In that time, the necessary handling steps must be completed, and the through-flow must not stagnate. All of this places huge demands on the airport's logistics organisation. It would no longer be possible to wait for passengers who arrive too late, for example. As is the case now, delayed planes are assigned a later slot in the handling system.

Turnaround Terminals sees opportunities for its concept in rapidly growing airports in the Middle East or in South-east Asia. ‘Lelystad Airport is a possible candidate too’, Rau said.

The rotating terminal goes very well together with a circular runway. 'But let’s first get on with the terminal.'