The Dutch companies, DSM and 3DMouthguard have developed a process to print made-to-measure sports mouthguards. It takes just a couple of hours, from scanning the upper jaw, to completing the printing process.

Based on a 3D scan of the upper jaw, specially developed software designs a virtual mouthguard, which is a digital three-dimensional model of the mouthguard to be printed. A 3D printer then sets to work, creating the mouthguard layer by layer from a plastic suitable for use in the mouth.

The companies in question demonstrated their printing system yesterday in Eindhoven, prior to a hockey match between the men's teams of OranjeRood and Bloemendaal, as reported by the Eindhovens Dagblad (Dutch). The entire production process was completed within two hours.

The company will start by producing and testing the mouthguards for hockey players, as this is a sport where dental protection is absolutely essential. A mouthguard protects the teeth from the hard hockey ball, which is regularly launched into the air. Statistics published by the hockey association in 2015 show around 6000 hockey players suffer dental damage each year.

'We first want to know how the hockey market reacts to our product. The following step will be to supply the rugby market,' says CEO Arno Hermans of 3DMouthguard. Other sports with an increased risk of damage to the teeth include basketball, ice hockey and boxing. 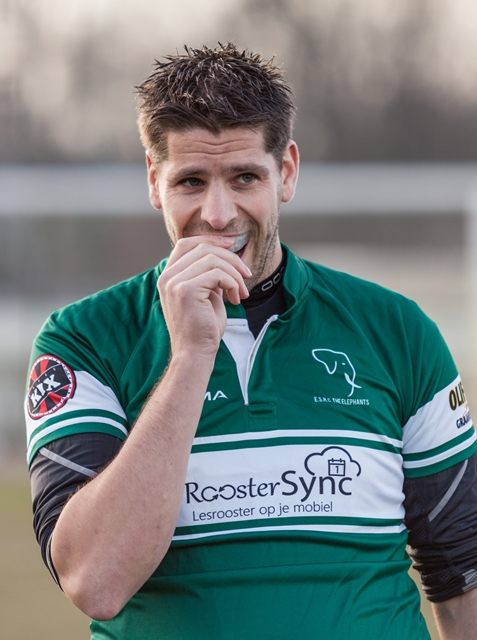 So far, mouthguards are often little more than a piece of plastic inserted over the top teeth. The cheapest versions are a poor fit, with their one size fits all shape. But in the most expensive segment, mouthguards are made to order by dentists and can easily cost seventy euros. The 3DMouthguard aims to compete in the latter market.

By scanning the player's mouth, the 3D printer mouthguard will fit perfectly around the teeth. This allows optimum distribution of forces when a ball hits the mouthguard, promising better protection than that afforded by a poorly fitting version.

3DMouthguard is already working intensively with other companies, including the NHL Stenden University of Applied Sciences. DSM supplies the plastic Arnitel for the mouthguards, a strong and flexible material very suitable for use in the 3D printer. Arnitel is produced using rapeseed oil, and is therefore bio-based and approved for use in and around the human body.

The dental scanner is an existing device by Carestream Dental, which takes just a minute to scan the upper jaw from the inside out, and then calculates a 3D model. Smart software designed for this purpose then seamlessly joins up the various shots – a process which more or less resembles the way your smartphone creates a panorama photo.

The printer built by the Mass Portal company in Latvia produces objects layer by layer, by pressing molten plastic through a tiny nozzle to form a filament which is used to build up layers of plastic. This process is repeated to produce a layered, solid three-dimensional object – a printing technique known as fused deposition modelling. The sports mouthguards are currently created from layers 0.1 mm thick.

Over the next few months, 3DMouthguard will be testing the first mouthguards with the assistance of a number of top Dutch hockey players. ‘We want to know how well the mouthguards fit in order to be able to improve them even further,' explains Daniëlle Glasbergen-Bennings of the DSM Sport and Lifestyle department. 'We'll also be checking how quickly the mouthguards become worn under extreme top sport conditions.' Data gained from these tests will allow the printing process to be further improved and scaled up.

The extremely flexible digital process of 3D printing can offer even more benefits. In time, 3DMouthguard wants to further improve the shape of the mouthguard. 'We've been informed by users that excessive saliva is often an annoying issue. We plan to design the mouthguard in such a way that saliva is drained more effectively into the mouth,' says Hermans.