The students of Electric Superbike Twente have run the first few metres with their electric racer. According to the team, the machine rides smoothly and responds as hoped to operation of the throttle and the brakes. Extensive testing follows this week at a circuit in Emmen.

Team Electric Superbike Twente is a team of fifteen students from the University of Twente and Saxion University of Applied Sciences, who have designed and built an electric motorbike from scratch in less than a year. They were assisted in this process by various companies. The team was put together by Tim Veldhuis and Lars Haarmeijer, who both have racing experience.

‘I had the honour of being the first person to ride our motorbike,’ says team manager Veldhuis, an Industrial Design Engineering student at the University of Twente. ‘It rides very smoothly, which was great to discover. The machine responds very precisely to your hand inputs, reacting directly and driving very quickly.’

So what's quick? The machine has 200 hp and accelerates from zero to 100 km/h in less than three seconds. In contrast to a petrol-powered motorbike, the electric motorbike of Electric Superbike Twente accesses its maximum torque directly from rest. And it weighs just 220 kg.

After the first successful metres on a car park, the first serious tests will be carried out today, Tuesday 17 July. In Emmen, the team's racing driver, Thijs Peeters, will ride the bike. All sorts of data will be collected from the roadside, such as the temperature of the batteries and electronics. And the degree of suspension travel front and rear and the tyre pressure, which is an indication of tyre temperature, are also monitored. ‘We want to know whether all these values remain within the agreed parameters. It is particularly important for optimal functioning of the battery packs that their temperature remains below 60°C,’ says Veldhuis. The batteries are air-cooled, but the electric motor and the inverter are water-cooled.

The students designed and built the motorbike from scratch – a huge task. They began by examining pretty much all the different options. ‘That was a huge amount of work,’ recalls team member Bram Norp, designer of the fairing, the motorbike's bodywork. ‘Take the frame, for example, which is commonly a spaceframe on ordinary motorbikes. But we eventually rejected that idea (see photo below). This means you can then make the electric motor itself part of the load-bearing structure. And that gave us more design freedom compared with a petrol motor.’ 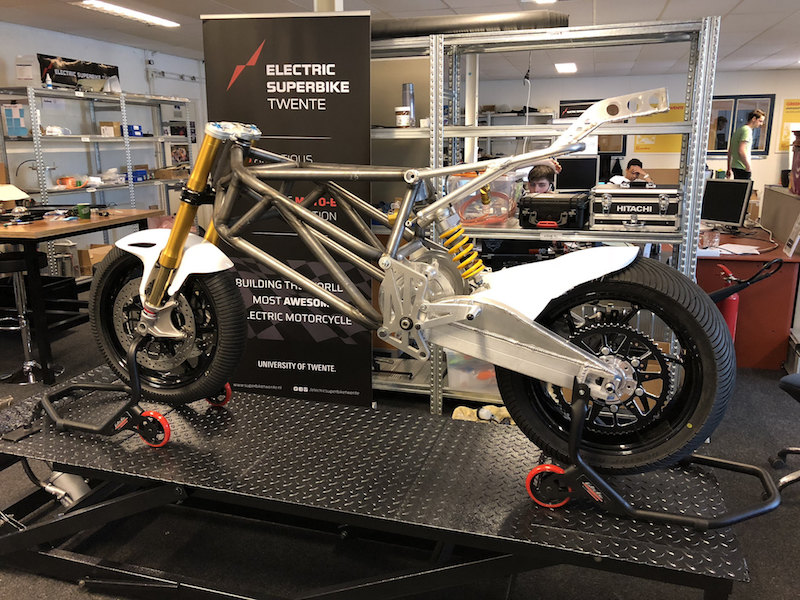 There are more differences versus an ‘ordinary’ motorbike. The Electric Superbike has much more extensive electronics on board. At the heart of this is the Electrical Control Unit (ECU), a kind of computer that connects everything. ‘This is the bike's brain,’ says Norp. And that's essential, as each of the ten battery packs has its own circuit board that ensures it functions optimally in terms of temperature, current, etc. The ECU communicates with all these electronic components, such as the inverter that converts the batteries’ direct current into alternating current for the electric motor.

Many of the team members have their own motorbikes. For the races however, we decided to engage an external racing driver – the experienced Thijs Peeters. The handling of the self-built motorbike will take some getting used to. He will have to be especially careful when pulling away, as the maximum torque of this electric motorbike is available from the outset. If you misuse this power, you'll be doing an involuntary wheelie (with the front wheel rising in the air), or worse, skidding across the asphalt. 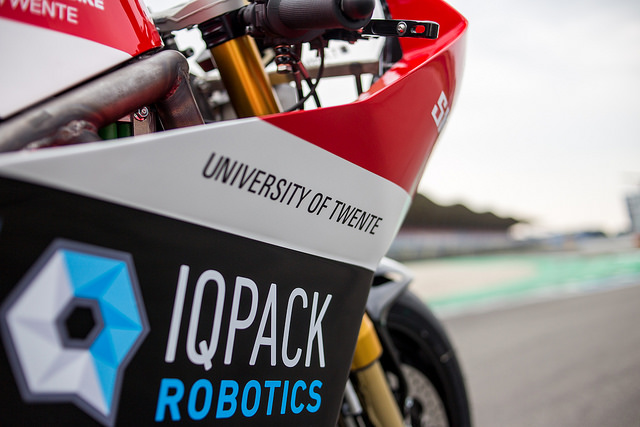 The Electric Superbike is also a variable automatic, so it doesn’t have a clutch or any engine braking. ‘On a normal motorbike, you can use the engine for braking, but ours only slows using the brakes. We have yet to decide whether or not to fit regenerative braking, in order to recharge the batteries somewhat. This is of less benefit than in a car, as most of the load goes to the front wheel when a motorbike brakes, while the electric motor powers the rear wheel,’ explains Norp.

The students came up with the design of the motorbike themselves, but they were assisted by various companies. Ten Kate Racing, a professional racing team, was always on hand to give advice. AEGROUP helped the student team with the design of the electric motor. And ProDrive too offered its expertise, for development of the motorbike itself and the electronic circuit boards for the motor.

After the tests this week, the team will make some minor adjustments to the motorbike. On 10 and 11 August, it will participate in its first race, at Donington Park circuit in the UK, against other electric motorbikes. Further races will follow later this year, including the ‘local’ TT circuit in Assen. 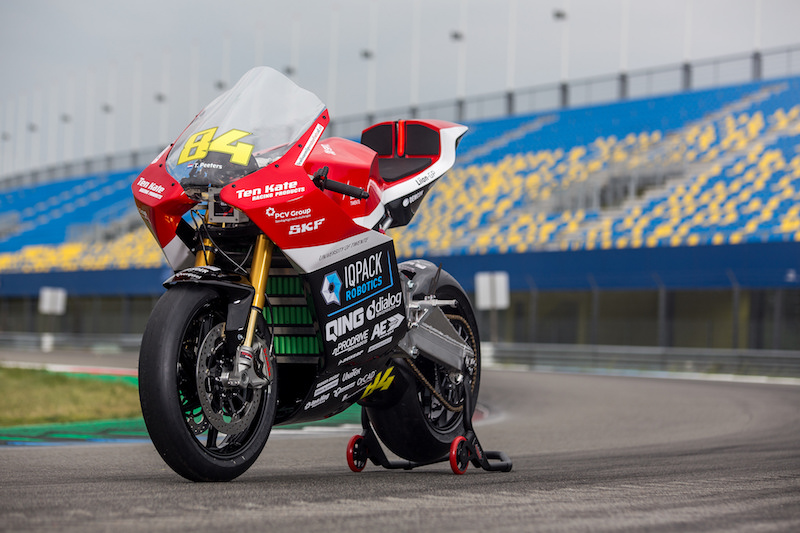