Researchers at Delft University of Technology, Wageningen University and the Massachusetts Institute of Technology (MIT) demonstrated the first autonomous Roboat prototypes in Amsterdam on Friday, 5 October. Known as Roboats, the idea behind these robot boats is to alleviate congestion in busy city centres with plenty of waterways.

According to their makers, these boats can operate completely autonomously. They are equipped with Laser Image Detection and Ranging (LIDAR), a laser radar that continually maps out the surroundings with great precision. This technology enables the vessels to safely and independently find their way through Amsterdam’s canal network. The autonomous boats use GPS to calculate the best route, taking into account aspects such as bridge heights, weather conditions and other shipping traffic. The researchers claim that they can recognise and circumvent obstacles which suddenly appear in good time.

The presentation at Marineterrein Amsterdam, the former Dutch Navy site in the centre of the city, was preceded by two years of research. 'A city like Amsterdam, with its busy canals, is the perfect place for developing a better operating system for autonomous boats within an urban environment,’ says lead researcher Carlo Ratti, director of the MIT Senseable City Lab and principal researcher at the Amsterdam Institute for Advanced Metropolitan Solutions (AMS Institute), within which the research groups involved have joined forces. 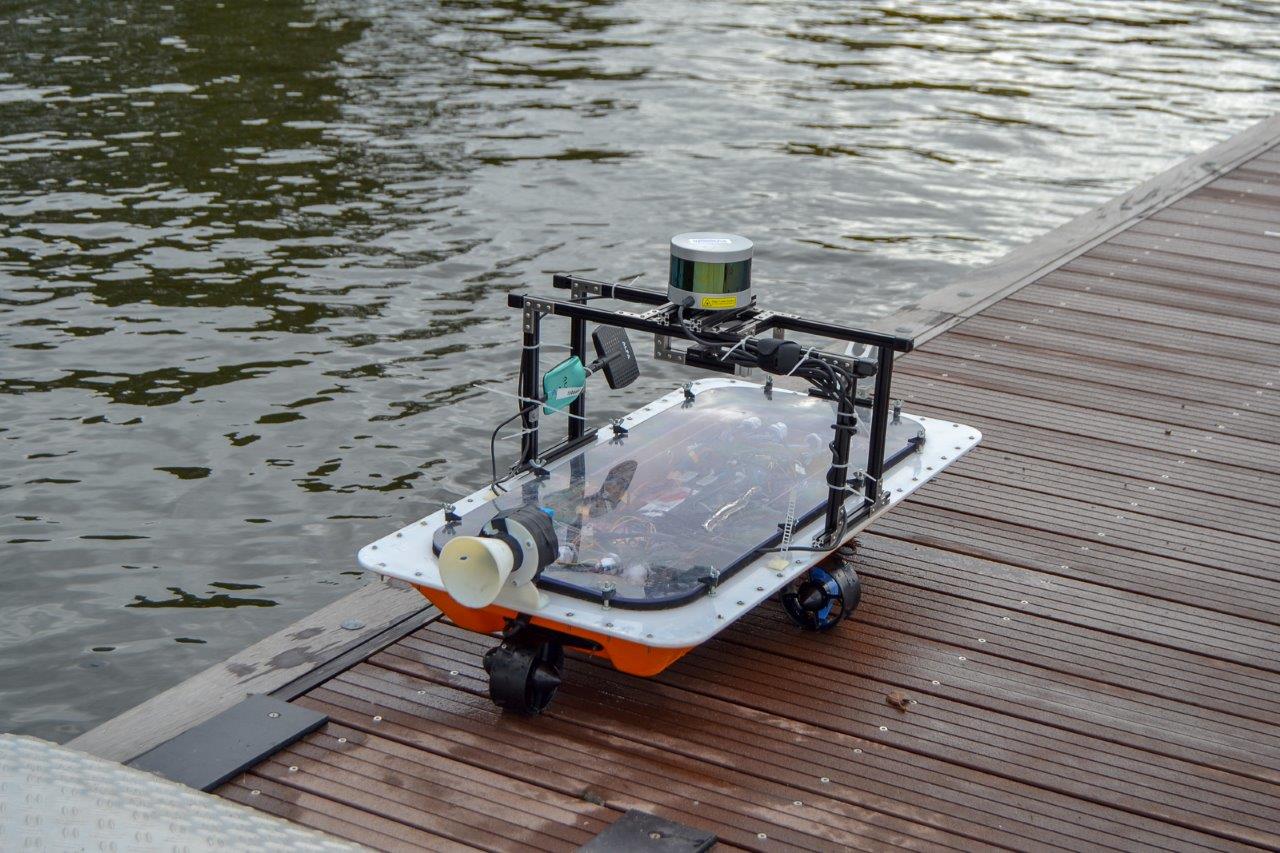 The prototypes currently being tested are still models scaled down by a factor of 4, but the intention is to eventually build boats measuring 2 by 4 metres. The operating system is also designed to handle multiple linked vessels, so a combined fleet of several Roboats could form a new ship able to sail entirely independently, or serve as a temporary bridge or stage for events held on water.

'Until now, we’ve considered infrastructure as being something static,' says Dennis Frenchman, professor of Urban Design & Planning at MIT, and one of the leaders of the Roboat programme. ‘A fleet of autonomous boats will herald a whole new era in this respect. Roboats will be able to instantly create a bridge, wherever it might be needed. We will only gradually become aware of the full potential of the system.’

The makers see a major role for Roboats in alleviating city traffic. For example, these boats could transport passengers or supply shops, or even collect waste from inner-city residents entirely independently. Amsterdam’s current recessed waste containers could be replaced with waste containers in the canals. When these are full, a Roboat could drag them completely independently to a waste processing facility. According to the makers, this would be a flexible and silent solution that would not occupy space on the street. All in all, no more than fifty of these containers would be needed to make the current waste collection completely redundant, according to the researchers’ calculations, without anyone having to carry their waste more than 110 metres.

A free Roboat exhibition has now been set up in the warehouse of the AMS Institute at Marineterrein Amsterdam, where visitors can see a fully operational system in virtual reality. In addition, there are some prototypes on show.