Airbus, Siemens and Rolls-Royce are working on an aeroplane with electric motors. A prototype of the E-Fan X Hybrid is due to make its maiden test flight in 2020. By gradually replacing the jet engines of aircraft with electrical propulsion units, they hope to make flying more sustainable.

The three companies announced their initiative this week during a gathering at the Royal Aeronautical Society in London. The aim is to demonstrate that it is possible to power an aeroplane with some 100 passengers for distances up to 1000 km using an electric motor.

This project converts an existing aircraft – the BAe 146 – from jet propulsion to electric, using four jet engines. Initially just one of the jet engines will be converted to electric. If this goes well, a second jet engine will be replaced. Each electric motor has a capacity of 2 MW. One benefit of the four-engine plane is that the two conventional jet engines keep the aircraft airborne if the electric propulsion were to fail.

Electric propulsion is relatively new in the aviation industry. Until now, it has only involved solo or two-seater aircraft. The biggest challenge lies in achieving sufficient capacity while keeping weight down. 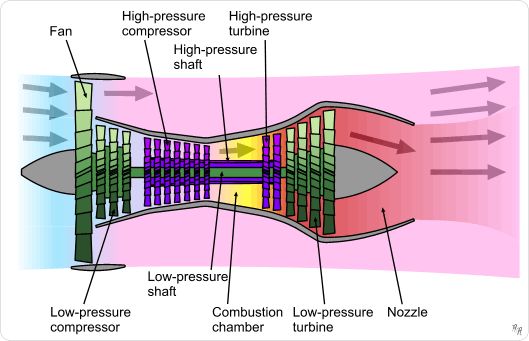 Last year, Siemens notched up an impressive achievement with an electric motor that weighs just 50 kg but generates 250 kW (read ‘Siemens flies electric’). This power-to-weight ratio is many times better than the best motors in electric vehicles. However, regional scheduled flights require much more powerful motors. At 2 MW, these must provide eight times the capacity, but may not be eight times heavier. Siemens will continue to develop the electric motor.

The benefit of this hybrid propulsion set-up is that there is no need to carry heavy battery packs for the electric motors. What's more, the gas turbine can also use other fuels than the fossil fuel kerosene, such as biofuel. The aviation industry is looking at a path to greater sustainability with similarities to that of the automobile: electrically powered vehicles also started with a hybrid drivetrain, but are now increasingly fully electric cars. Hybrid flying also opens the door to the use of fuel cells instead of a gas turbine, with hydrogen for instance, to completely eliminate all hazardous emissions. The problem with hydrogen is that it still requires heavy pressure tanks to transport large volumes of hydrogen.

It'll be decades yet before we're flying green

Due to the extreme safety requirements in the aviation industry, it must first be demonstrated in practical trials that an electric motor can be as reliable as the aircraft propulsion units currently used. Hence the very gradual plan announced by the three companies. The consequence of this is that the idea of ‘flying green’ will still take decades.

Up till now, flying electric has been limited to single-seater or two-seater aircraft. The most iconic example is the super-light Solar Impulse which bore solar panels in its wings.

Airbus based its first electric E-Fan on the French design of the smallest twin-engine aircraft, the Colomban Cri-Cri that flew for the first time in 1973. Airbus specifically wanted a twin-engine plane as larger passenger aircraft also always use twin engines. The first E-Fan flew in 2014 using two 30 kW electric motors. Fitted with a Li-Ion battery pack, the plane could fly for an hour.

This year, Airbus scrapped its plan to operate the E-Fan commercially as a test plane, and is now focusing all its energies on the larger E-Fan X.