The MARIN Research Institute has spent the past two months covertly investigating the ferry disaster in Korea. In 2014, the MV Sewol sank off the Korean coastline, resulting in the death of 304 people. MARIN aims to discover how the ship could sink.

As yet, the precise reason behind the disaster is still unclear. A previous investigation by a Korean Maritime Institute concluded that the rapid loss of the ship was probably due to the sudden turn, heavy load and open bulkhead doors.

However, the next of kin of the victims had little faith in that investigation. The Korean government is claimed to have stymied a more independent investigation for a long time. There has recently been a change of government, and subsequently the fact-finding committee was given permission to contract MARIN.

The Institute built two scale models of the ferry. One of them is a realistic copy with all windows and doors on the inside and outside of the ship. It lies stationary in the MARIN testing facility, at a 45.5 degree angle. This allows the water to gradually lap into the ship through a single opening. Cameras in the scale model help the researchers monitor the manner and speed with which the water moves throughout the ship. By opening doors and windows or keeping them closed, the researchers hope to discover the exact situation during the disaster. 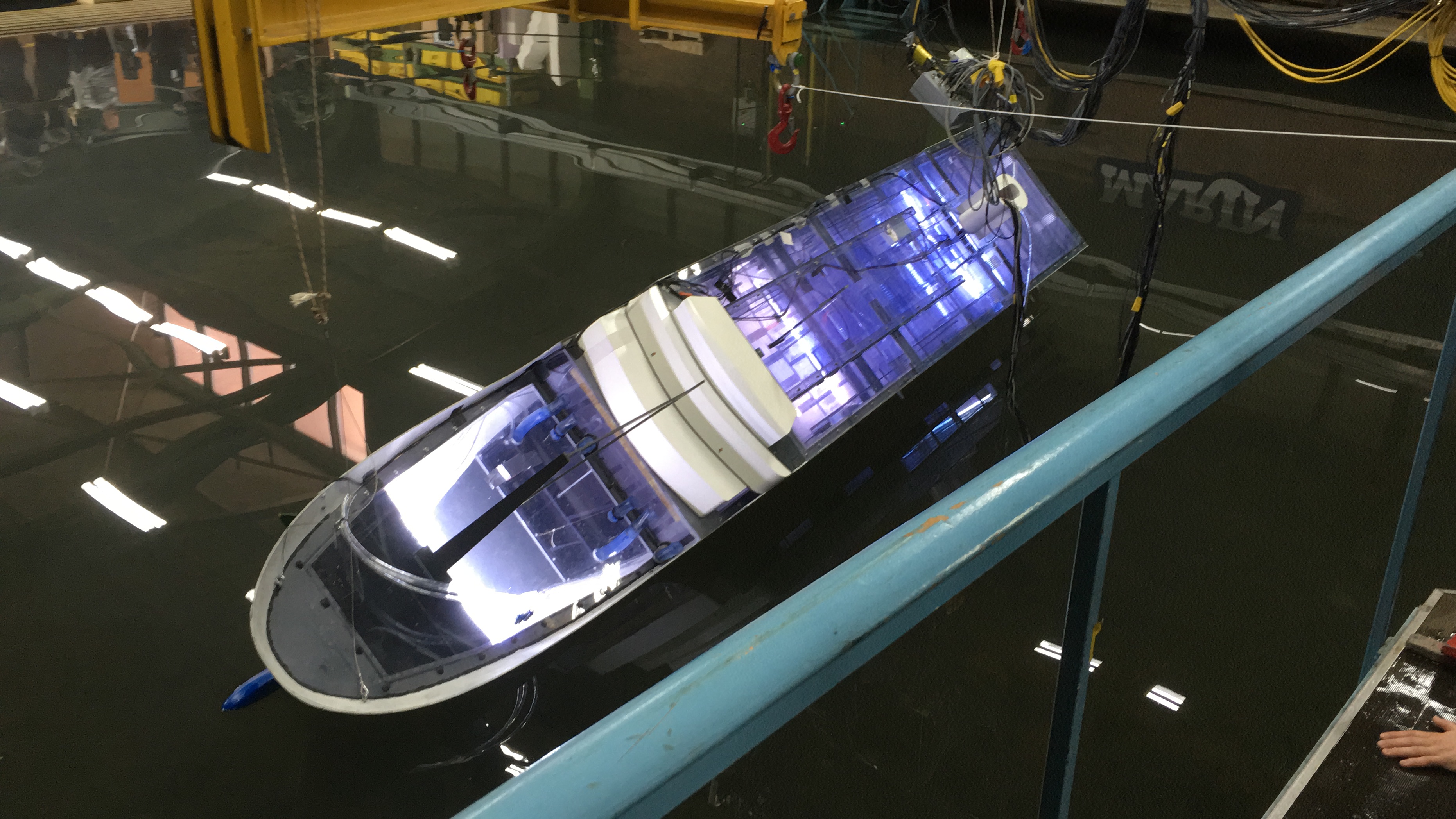 This model investigates how water flooded into the ship.
The other model is five metres long, and less realistic. It is intended for sailing tests – this model sails through a large wave facility and then takes a sharp turn, exactly as the MV Sewol did. Weights in and around the ship represent the cargo and vehicles on board the ship during the disaster. Sensors monitor the ship's stability, the moment of capsizing and what happens next.

'The two set-ups give us the opportunity to investigate a total of 300 different scenarios,' explains principal researcher Henk van den Boom. The researchers compare the results versus the facts known about the actual disaster, in the hope of discovering the truth. 'That is essential for the Korean next of kin, because although the crew is currently in prison, any other persons involved have yet to be brought to justice.' The investigation can help discover where the responsibility lies and whether the disaster could have been prevented.

The MARIN investigation has been kept under wraps, due to the potentially serious consequences and the sensitivity of the disaster. However, the Korean press and next of kin were allowed to follow its progress. It was not until the final day of the experiments, last Friday, that MARIN opened its doors to the Dutch press. The Institute is now analysing the test results, ready to present the Korean commission with its findings by the end of March. The latter can then draw its final conclusions.