Near the city of Vlissingen, the Netherlands' largest solar park is now in operation: Scaldia. More than 140,000 panels have been erected along the N254 road, to jointly generate maximum power of 54.5 MW.

The official opening is next week, according to Solar Magazine (in Dutch). Construction started in June. 141,204 panels have been used, each capable of generating maximum 385 W, under the most favourable circumstances.

The solar park is expected to produce an average of 48.5 GWh of green electricity per year. That's enough to provide around 14,000 households with electricity, according to the estimates by the project partners (ib vogt and Solar Fields). The solar energy will be supplied to ENGIE Nederland. The solar park covers an area of 38 hectares, spread in a ribbon that follows the curve of the N254 in Vlissingen-Oost.

The marking on this satellite photo gives a good impression of the size of the solar park: 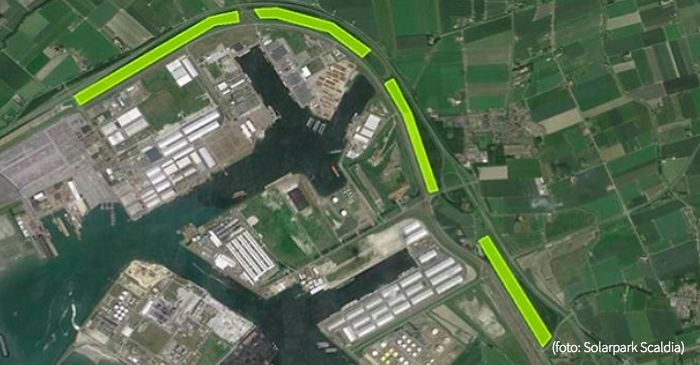 While this may be a large project by Dutch standards, Australia is already home to solar plants counting more than one million panels.

Here are a few impressions of the new solar park:

If you found this article interesting, subscribe for free to our weekly newsletter