Tomorrow’s the day: the first real plastic catcher from The Ocean Cleanup will set off for the high seas. The first operational barrier will be towed from San Francisco Bay to the plastic soup at 20:00 h Central European Time.

At the last minute, The Ocean Cleanup changed the entire design of the plastic catcher after tests showed that the previous idea, itself a redesign, didn’t work. The barrier is now a free floating object that will trawl through the ocean slightly faster than the plastic itself. The skirt that hangs up to three metres below the water’s surface will drag the plastic waste along. A ship will regularly collect the plastic and bring it back to the coast, where the company will turn it into merchandise.

The maiden trip tomorrow will be a massive relief for Boyan Slat, after years of brainstorming, researching and developing, during which he and his team constantly discovered new things. A boat trip from Hawaii to the West Coast of the US to study the plastic in the soup showed that it contains many more large pieces of plastic than previously thought. The mighty power of the ocean meant that the idea of ​​a kilometre-long, stationary barrier was unfeasible. Another idea of attaching the plastic barrier to the ocean floor turned out to be too complicated. Floating anchors were also abandoned – the barrier would flip over if the wind direction changed. 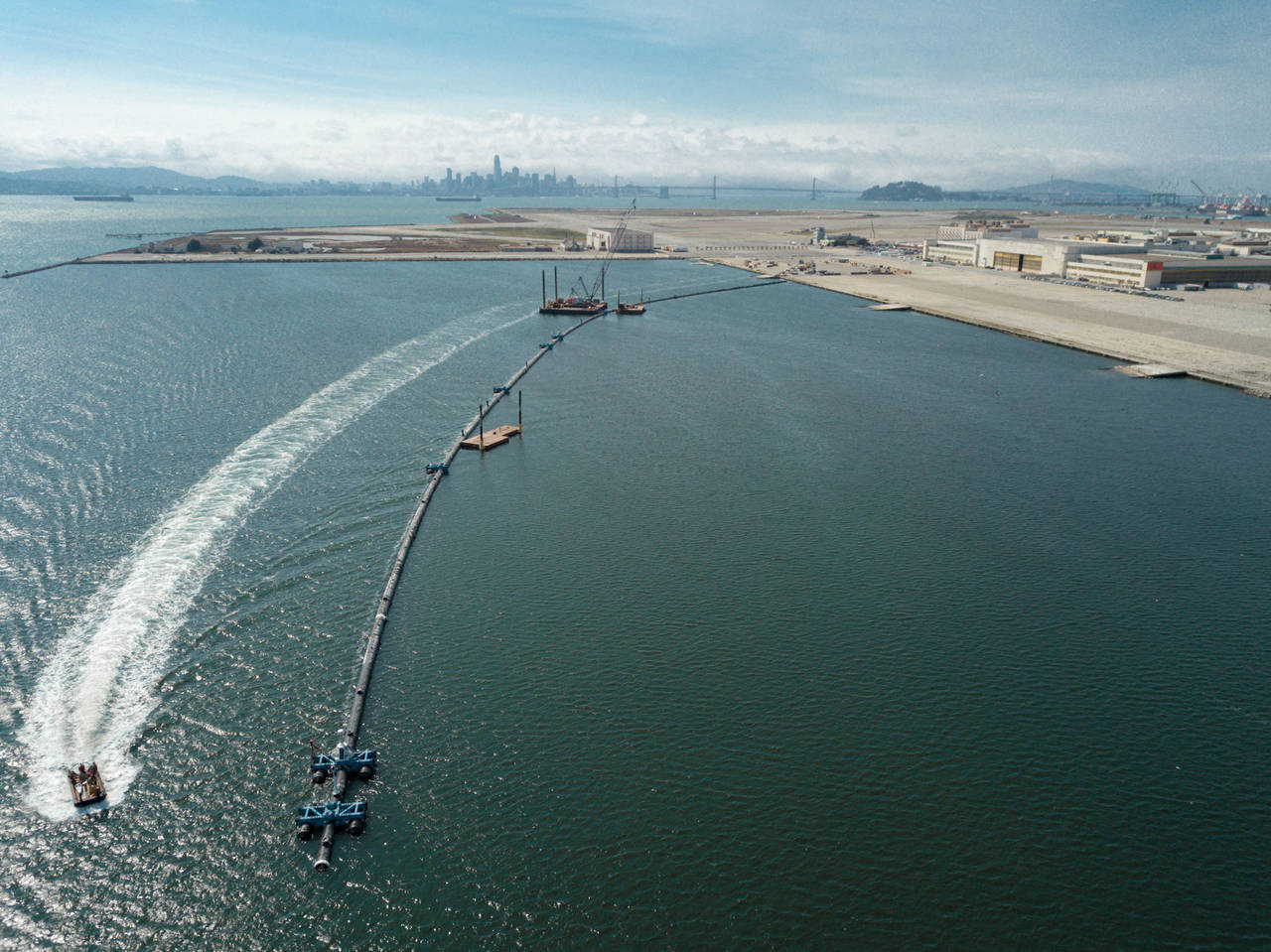 The final design is a barrier with a drag screen that is shorter at the ends, automatically creating a U-shape that catches the plastic. Slat is convinced that this is the best solution, which probably explains why he’s now immediately trying out the latest design thousands of kilometres off the coast: after five years, it’s time to get some results.

Eventually, 60 of these 600-metre-long plastic catchers will be sent out to the ocean to catch plastic. The clean-up will probably take years, because the floaters are passive and therefore need a lot of time to collect the enormous amounts of waste from the ocean. Moreover, many microplastics, the smallest pieces of plastic debris, sink to the ocean floor where it is even more difficult to clean them up.

However, the current focus is elsewhere. Slat and his team are undoubtedly looking forward to Saturday, and will be eager to know if their invention works. If it does, large-scale production can start, and hopefully they really can make a difference. That would mean Slat’s dream, which he has had since he was a teenager, will finally come true.