Students of Delft University of Technology have presented various robots in the Science Centre Delft, including an insatiable duckweed-eater and Fizzy, a cuddly robot ball for children suffering from cancer.

Development of the cuddle was commissioned by the Princess Máxima Centre for Children's Oncology and is designed to stimulate children with cancer to exercise more. The robot does this by teasing the child by rolling away in a zigzag fashion when the child approaches it. And once you've grabbed it, it begins to vibrate gently, like an outsmarted pet. Ignoring it results in indignant shaking, and this can only be relieved by stroking it: Fizzy then grunts happily. ‘By and large, the ball behaves very much like an animal,’ says mechanical engineering student Mees Matthieu, who designed Fizzy together with other students for their minor in Robotics. ‘And that makes children want to play with it and cuddle it.’

The device is cleverly constructed. Two half balls act as wheels, between which sits a casing for the motor and the axle. Laser sensors on both sides of the casing detect an approaching object. The ball then starts a sort of hunting random movement using a speed difference between the wheels, giving the impression of an animal that is warily trying to escape. ‘Many other types of behaviour can be programmed, and it is nowhere near finished,’ says Matthieu.

It is still not clear whether the Prinsess Máxima Centre for Children's Oncology will adopt the cuddle ball. But TU Delft does definitely aim to market Fizzy. The university has asked Matthieu and his colleagues to keep working on it. ‘That is fantastic, of course, but I need to think about that a bit. After all, I've got to study too.’

Another student project that may well prove itself soon in practice is the so-called Kroboot. This autonomous sailing boat, designed under commission of the Delfland District Water Authority, needs to bring an end to a plague called duckweed. The floating duckweed blocks sunlight and thus disrupts underwater life. The Kroboot makes short shrift of duckweed by sucking it up and processing it with a blender.

But it doesn’t stop there: the shredded goo is then crushed and ground by cogs. The residues are then returned to the water. ‘We are thinking about launching a start-up, and the water authorities are very interested,’ explains Naut Meinders, mechanical engineering student. ‘At the same time, we want to test and perfect the prototype. There is still a problem, for example, with the cogs that are still too small.’ 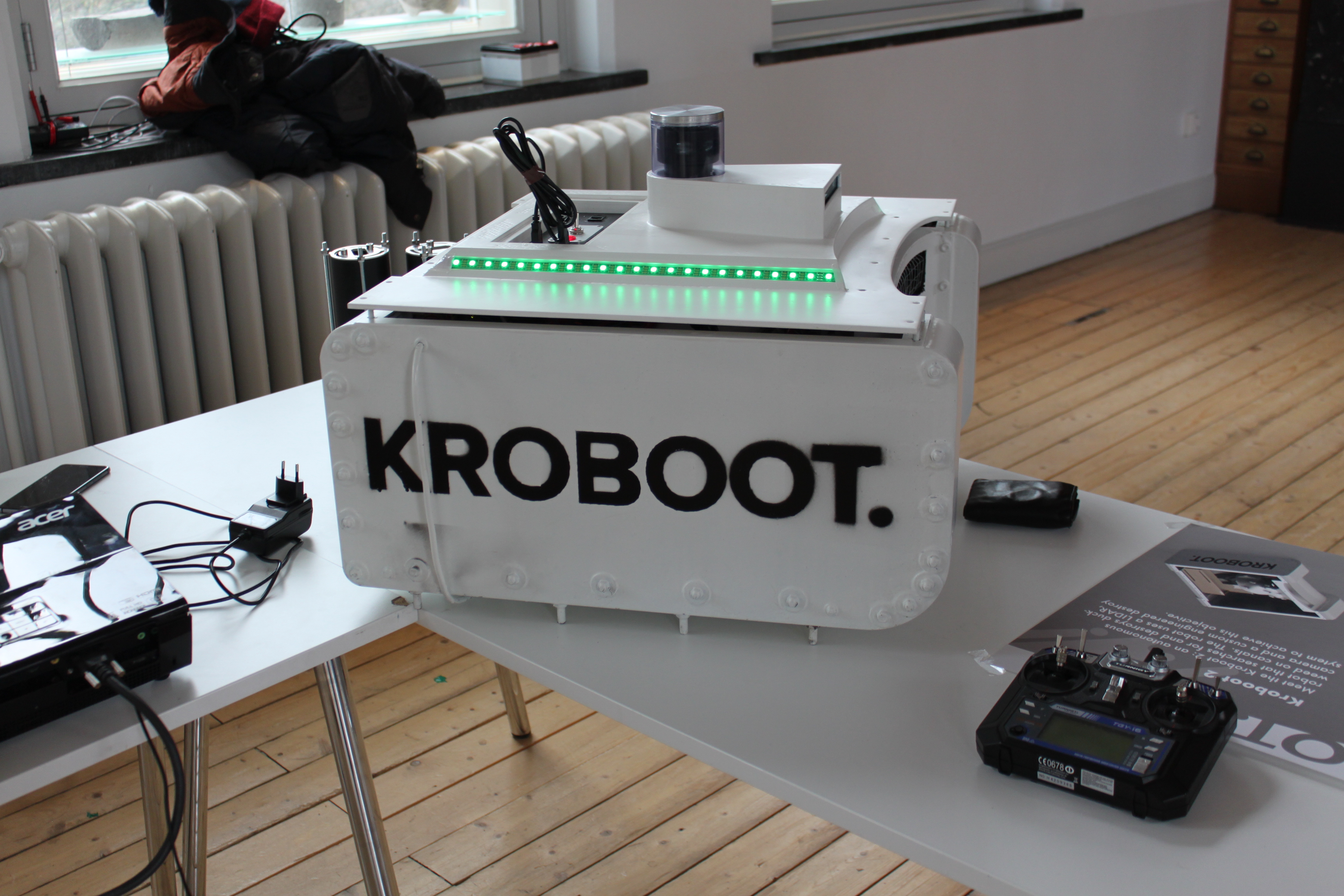 Another type of robot that relies more on its intelligence than on rapid movement may also soon appear in the real world. A camera that uses self-taught algorithms to distinguish between mature and immature roses could be very useful in glasshouses. It takes some 250 days to teach someone to become a good rose picker. And even an experienced person needs time to really get to know a new rose. The trained neural network of mechanical engineering student Thomas de Jager and others does this lightning-fast.

The idea is to have the camera recognise the roses, while the trolley with the rose pickers moves along the beds. Once mature roses are identified, the trolley stops and a screen right next to the picker shows a picture of the rose bed. The mature roses are circled in this image. According to Bart van Schaick, technical informatics student, the client Inno-Agro (an innovation specialist in horticulture) is absolutely delighted with this. ‘However the system is still not fast enough: the images appear only once the trolley is already moving. But we can solve that.’

The students demonstrated various other robots in the Science Centre, such as an assistant for cheese farmers (Moonlander), an autonomous boat that can avoid obstacles using a radar and a camera (Trident), and a dispensing machine that guides the customer through the collection using holograms (Barrie).

These robots still require a lot of work, but there's no lack of enthusiasm, explains Stefan Bonhof, a mechanical engineering student wearing an overall from client Damen, whose Trident is in the running to win a Robo-boat competition in Florida. This coming summer, student teams from all over the world will be demonstrating boats that autonomously avoid obstacles and pass through gates.

It's the lightweight construction in particular that puts Trident in with a chance, explains Bonhof. And that's not specifically down to an especially ingenious design. ‘To be honest, we've never really understood why our competitors’ boats are all so heavy.’ (Jeroen Akkermans)

Image: Fizzy is a cuddly robot that helps children to exercise more.