A testing ground is going to be set up off the coast near The Hague, where companies and institutions can test their maritime innovations, such as the connectivity of ships and trials with autonomous sailing.

The testing ground will cover an area of 10 x 10 nautical miles (18.5 x 18.5 km) near the port of Scheveningen, outside shipping routes. It is primarily intended for small and medium-sized businesses and start-ups to carry out tests with new products under severe conditions.

Examples are buoys with sensors that measure wind speeds, currents and wave heights, and that can also detect ship movements. An important first step is placing buoys which allow connectivity to the internet. Coverage close to the coast is usually reasonable, but rapidly tails off further out at sea.

‘One thing that is certain is that we will be sending more and more data due to the growing activities at sea,' says Jurrit Bergsma of TNO, who is coordinating two sub-projects (Dutch). 'The research is therefore also looking at ways of implementing digitisation at sea. One aspect is the best way of designing the infrastructure: like should data be transmitted via satellites, or transmission towers mounted on wind turbines?'

TNO already has a project dealing with autonomous shipping, or self-sailing ships. Initially, these ships will only be partly autonomous, and will need an onshore operator for quite some time yet for control or monitoring purposes. Part of TNO’s project deals with studying how offshore data enters the control room where this operator is located (see photo below). 'It’s still quite difficult to identify what data from such a semi-autonomous vessel is needed.'

One of the first specific research questions deals with rescue operations. If someone falls overboard, as much data as possible is needed immediately to maximise the chances of a successful rescue. As Bergsma puts it, 'Where was the person last seen? What is the situation with local currents? Should we first send a drone or the KNRM?' (KNRM is the Royal Netherlands Sea Rescue Organisation)

Another project planned for the new testing ground is aimed at professional sailors. The Sailing Innovation Centre and the Royal Netherlands Water Sports Association are working together on further professionalising sailing sports. Their Sail Coach Cockpit project is aimed at gathering important data about a sailing boat in action to help sailing coaches and sailors improve, such as data about the boat itself (position, angle of heel, speed and course) and ambient conditions (wind, current and waves). All this data, combined with video images of sailors’ actions, can be used to improve the subsequent analysis of training sessions on the water.

The four-year project involves the municipality of The Hague, TNO, Delft University of Technology, the Sailing Innovation Centre, Svašek Hydraulics, and the Royal Netherlands Water Sports Association. A budget of €4.3 million has been made available, €1.7 million of which is contributed by the European Union. 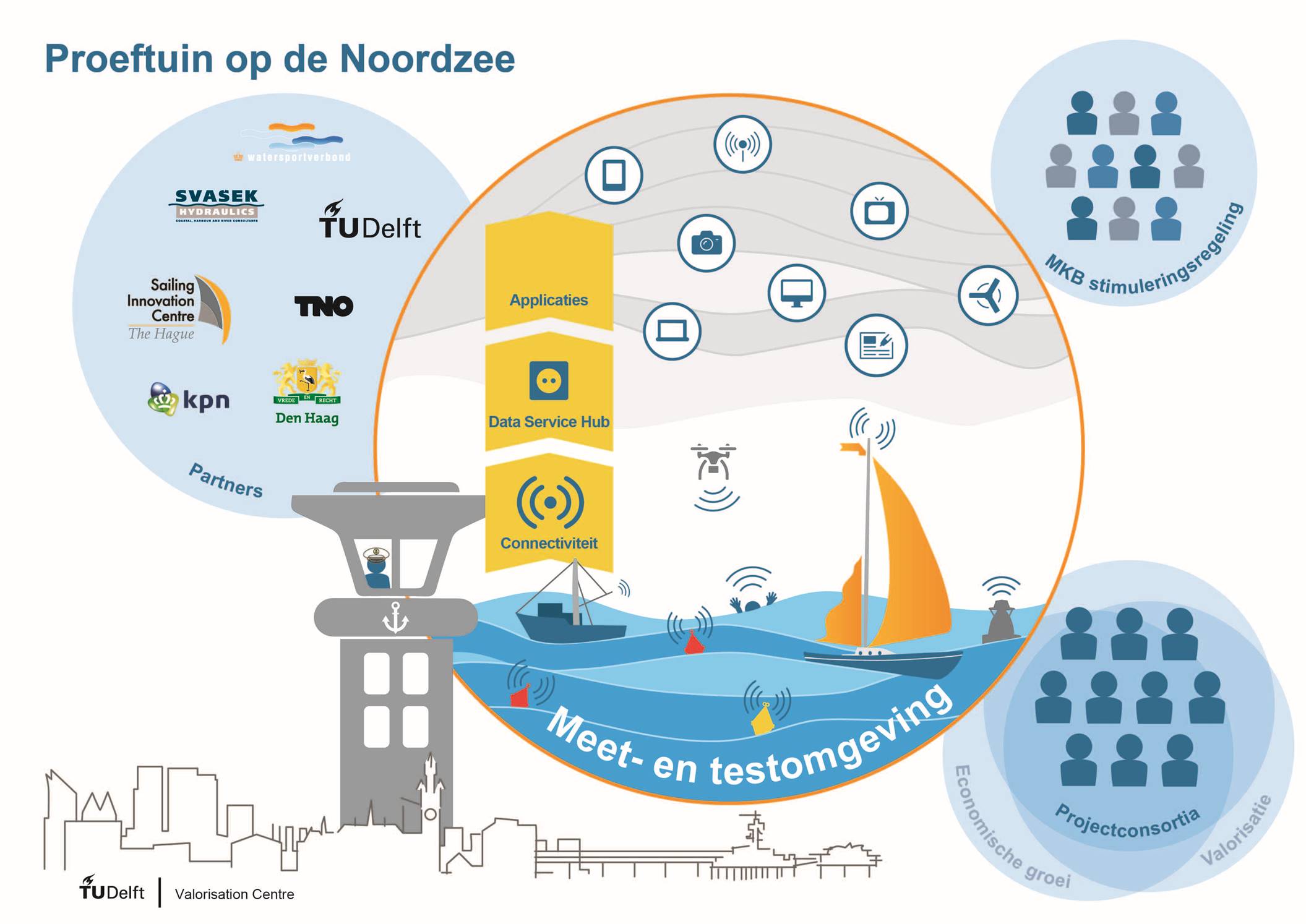