Last weekend, the students of Electric Superbike Twente won their first race on their electric motorbike. During a race at Donington Park in Great Britain between petrol and electric motorbikes, rider Thijs Peeters finished third overall and first of the electric bikes.

Right up to the qualifiers on Saturday morning, the team struggled with major technical problems and were working feverishly on the bike. 'We initially had mechanical problems with our gear ratios and related chain tension,' explained team captain Tim Veldhuis. But Peeters was luckily able to jump on just as the qualifier started. He then clocked up the eighth fastest time in the field.

The race took place on Saturday afternoon, and Peeters (see opening photo, centre) rode flawlessly, according to his team. That resulted in third place across the entire field (of 32 riders, most of whom on petrol bikes), and team Electric Superbike Twente was actually the fastest of all the electric motorbikes. And that in the first year that the team is participating (read: 'Twente students’ electric racer covers its first metres'). 'We have a good foundation and took our first bold steps forward this weekend,' said rider Thijs Peeters in a press release (Dutch).

According to Veldhuis, this weekend’s results exceeded all expectations. 'We had foreseen more technical problems, but things went much better than expected and we were able to complete all sessions. And of course that first race went brilliantly, as we beat a team that has been participating in this competition for four years.' 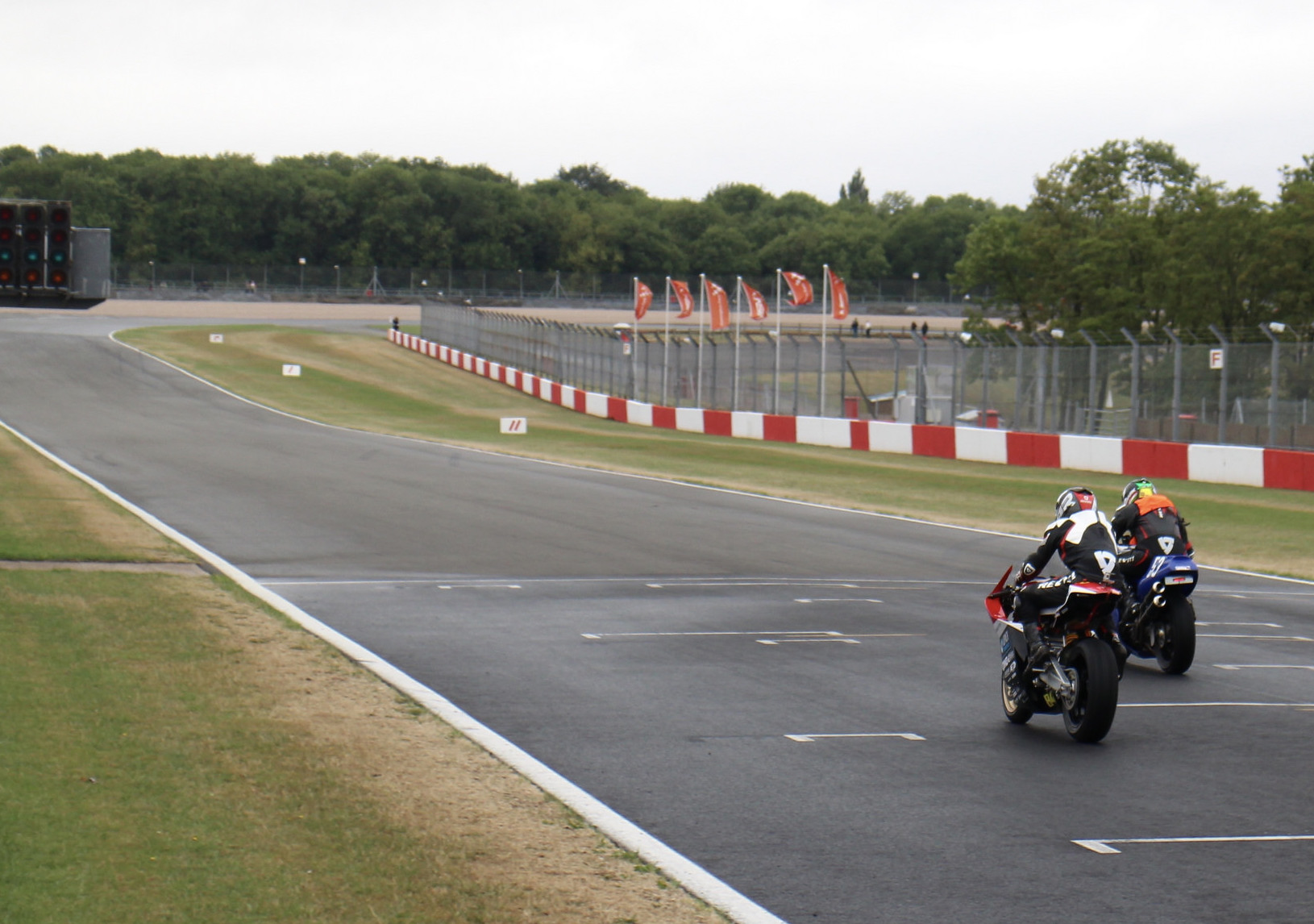 A brief description of the race can be found on the website of the MotoE competition, including comments from rider Thijs Peeters on his first race with the electric motorbike: 'As far as I’m concerned, there’s not really much difference between a petrol engine and this electric one. Naturally, the engine (the propulsion unit) is different, but the electric motor is easier to operate and also drives less frenetically than a petrol engine.'

The team's technical staff are thrilled with Peeters. 'Thijs is an extraordinarily good rider. He is currently number one in his own competition (on a petrol bike, ed.) and is very fast on many circuits. Thanks to the feedback from Thijs, we were able to make many adjustments to the bike's suspension between races. He had to get used to the fact hat our motorbike is electrically driven, but he was able to find his way around the bike very quickly. That is reflected in his lap times: in the first qualifier, we managed a lap time of 1 minute 27, while in the third race we achieved a lap time of 1 minute 21 – faster than Nova Electric Racing from Delft last year,' according to Veldhuis.

The team still has some tricks up its sleeve to make its bike even faster. Veldhuis: 'The motor controller is currently quite conservatively set up. And there's lots of scope to adjust that to generate even more power, pushing our top speed higher still. Furthermore, we can still play around with our gear ratios and the position of the swinging arm.'

The MotoE is a development competition for electric motorbikes, allowing motorcycle racers to compete against petrol bikes. The race at Donington in England was the first of three races for electric motorbikes. On 1 September, the entire circus decamps to the TT circuit in Assen, and at the end of September, the final race will be held on the island of Anglesey, in North Wales.