Writing lists has become a bit of a tradition at the end of the year, and we love doing this too at De Ingenieur. Here are the 13 most important Dutch technological breakthroughs that we expect in 2019.

The number of globes awarded is an indication of their (estimated) social impact, and the text box below each project shows which trend the application applies to.

Having used keyboard and mouse for decades, we'll soon be directing our computers in a much more natural way: with our limbs and our entire body. This is known as body-as-a-controller.
You wear a lightweight harness, put on a VR headset and, within a couple a minutes, step into a whole new world. You can move your body freely and those movements are converted one-to-one into your digital alter ego.
However, you'll need lightning-fast VR software, to make the virtual reality environment feel natural. And that's exactly what the Dutch company VREE offers. The software it creates allows you to use various brands of headsets and body suits without any problems. In 2019, fire fighters and the police will be training using the body suits and software designed by the company. How do you tackle a complex fire? How do you arrest an aggressive suspect? First practising this in virtual reality helps to hone these skills.

Your body as a controller
After the keyboard and mouse, we'll be interacting in a much more natural way with computers: with our limbs and our entire body. But this requires lightning-fast VR software, to make the virtual reality environment feel natural.

Using new materials needs to become taboo in the construction industry, with recycling being the new norm, if the sector wants to keep up with the modern world. The cement recycler of C2CA Technology helps by making even the smallest bits of rubble reusable. C2CA built a special device that first flings lumps of rubble at a high velocity against a metal wall, and then separates the remaining finer particles in a furnace. This produces sand, gravel and cement, the three ingredients for concrete.

Circular construction
Reuse must become the norm on building sites. This not only means the construction sector needs to renovate existing buildings, but also that it must apply previously used materials in new-builds too.

This coming summer, the first prototype of the solar-powered car Lightyear One will be ready. The first fifteen to twenty cars are intended for testing, but cars for consumers will be coming soon too. The first prototypes will be ‘tested to destruction’. Sometimes literally, as they are subjected to safety trials using brake and crash testing. Other tests focus on extreme weather conditions and driving behaviour. Expectations are running high for the latter, with a separate motor for each wheel, giving huge amounts of grip on the road.
The Lightyear One is going to be one special car. It will have 5 m2 of solar panels on its roof and bonnet. This means that, on sunny days, the car barely needs any charging. That's not just down to the solar panels, as they only pump a small amount of power into the batteries. Lightyear also applies a wide range of other measures to ensure the family car drives extremely efficiently.

Electric driving to become the norm
Although the major car manufacturers are all announcing their first electric models, Lightyear is already trying to set a new trend: ultra-efficient electric cars that even derive some battery power directly from the sun.

Droplets from the air

Inspired by the way in which insects and spiders manage to access water even in the driest regions, researcher Catarina Esteves (Eindhoven University of Technology) developed a temperature-sensitive, smart textile coating. At low temperatures, the material has hydrophilic properties: it absorbs large volumes of water from the air. If the temperature rises above a certain limit, then the material actually becomes hydrophobic: it shrinks and allows water to flow off it – as usable droplets, all being well. Over the coming year, the innovation will be applied under the name Sponsh in Portuguese vineyards and on South African farmland.

Drinking water for everyone
At least 2.8 billion people suffer from the impact of severe drought. According to the United Nations, over the next three decades, this is set to increase to half the world's population. Access to clean drinking water is thus one of the most important challenges of this century.

In Rozenburg, a hydrogen-powered boiler will be used to augment the heating system of an apartment complex. This makes the energy carrier, made of green electricity, part of the residential area. Bekaert Heating from Assen developed the burner for the hydrogen. For safety reasons, you have to ensure that the flame continues to burn properly at the surface and doesn't withdraw inside. Otherwise hydrogen is an excellent gas for firing a boiler.

Energy carrier penetrating deep into residential areas
In the energy transition process, there is a major role for hydrogen as an energy carrier. The idea is that it stores sustainably generated electricity that can then be used as fuel for vehicles or as an alternative for natural gas. 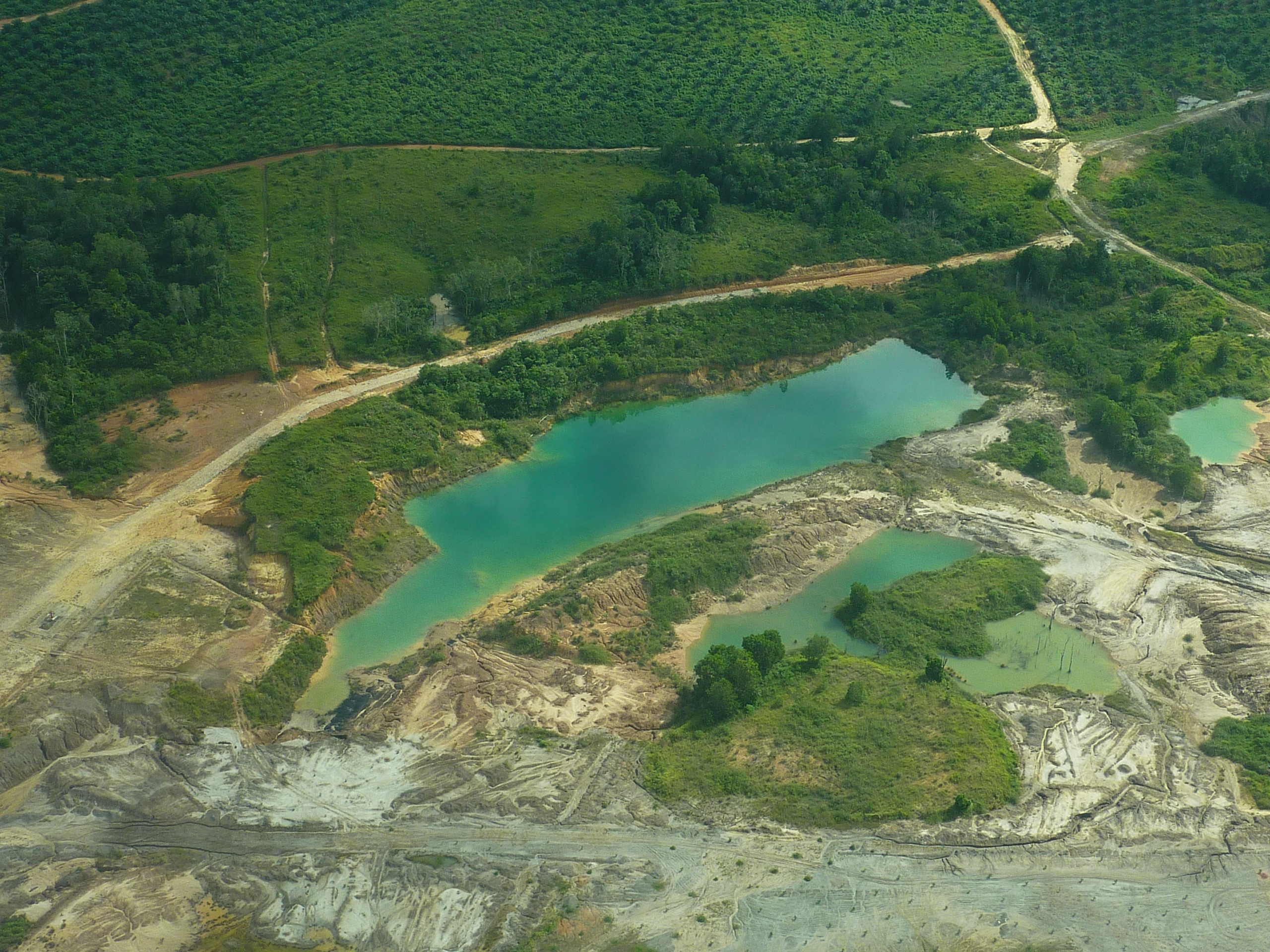 Based on decades of satellite data and artificial intelligence, remote-sensing company Satelligence is mapping where companies and farmers run the risk of deforestation, forest fires, drought, flooding and crop diseases. The data is analysed using intelligent software and cloud computing. NGOs such as Solidaridad, Utz Certified and the World Wildlife Fund (WWF) are already using the services of Satelligence, but financial institutions have also found their way to the company's doorstep, including the World Bank and ING.

In 2019, biomedical engineers from Eindhoven University of Technology put together a sensor that measures the concentrations of key substances in the body in real time. This will allow doctors to assess a patient's condition at any given time. That is important for providing a diagnosis of, for example, blood poisoning or a heart attack. But doctors are also keen to know the blood concentrations of important substances when prescribing drug treatments. This helps them to see how well – or poorly – a patient is absorbing the medicines.
Prins and colleagues have already demonstrated that their sensor works, even measuring various substances. In 2019, they will be developing the first system that will be reliable, accurate, chemically stable and easy to use. ‘We know which steps we need to take, but we'll have to wait and see how fast we can take them.’

Monitoring in the body
Doctors would like to know how a patient is doing at any given time, both when making a diagnosis and during treatment. What is the concentration of important substances in the blood? Technology now makes it possible to measure these values. 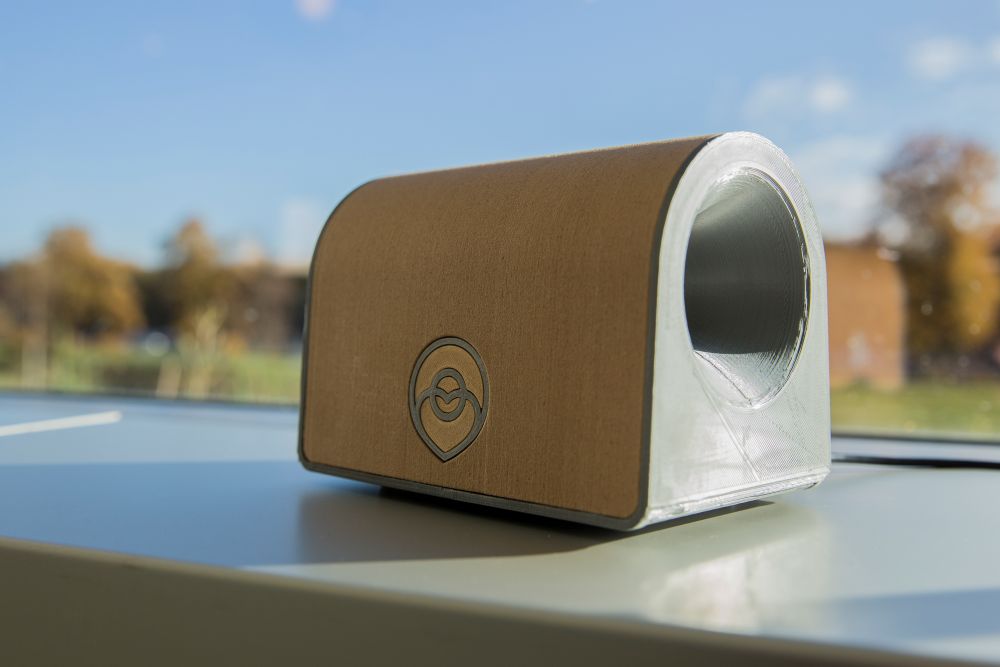 How much noise does an aircraft produce? What are the NOx and particulate levels in my street? If you want to know precisely, you'll need an expensive sensing device. The Antea Group has come up with a different approach: a relatively simple device, with sensors for 13 different substances, connected to a platform. 'We use the swarm effect: as long as you collect enough test data, you can provide just as accurate an observation as an expensive sensor.' But people can also use the app to indicate how they feel, in order to establish a relationship with the airborne substances.

Big Data and AI for healthy cities
A healthy living climate is becoming increasingly important for ensuring a city remains appealing. Big Data and AI monitor the surroundings for such things as particulates and noise nuisance. Eventually you'll be able to download an app that indicates the healthiest route to take.

Car that parks itself

At busy places like airports, it's difficult to park your car. But what if your car could park itself, after dropping you off at departures? TNO is working on that technology. The autonomous valet service uses technology already present in some (luxury) cars. As it drives at a walking pace, the safety issues are less important than for cars that drive at highway speeds. The cars communicate using cameras, which register where there is a free space in the car park or whether there are any obstacles, such as people. The biggest bottleneck for this project is legislation: cars may not drive on the highway without a driver.

First steps towards autonomous driving
Autonomous cars are very difficult to create, as many unexpected things can happen on the road. It'll be some time before the software is ready to deal with every possible traffic situation. However, the software of a self-driving car can be useful now.

In the summer, solar collectors often generate more energy than is used. Surplus energy can be supplied back into the grid or stored in costly batteries, but inventor Aris de Groot is advocating thermal heat storage. He has developed a highly insulated buffer vessel, the Ecovat. This stores the heat at a temperature of 90°C. After six months, a mere 10% of that energy is lost. So anywhere between 500 to 1,500 households could be supplied with sustainable heat for an entire year via their own local heating grid.

Sustainable heat storage
Now that the energy mix is gradually turning renewable and homes are moving away from gas, the supply of sustainable heat is becoming increasingly urgent. Locally produced energy is preferred, but how do we store this for the longer term? 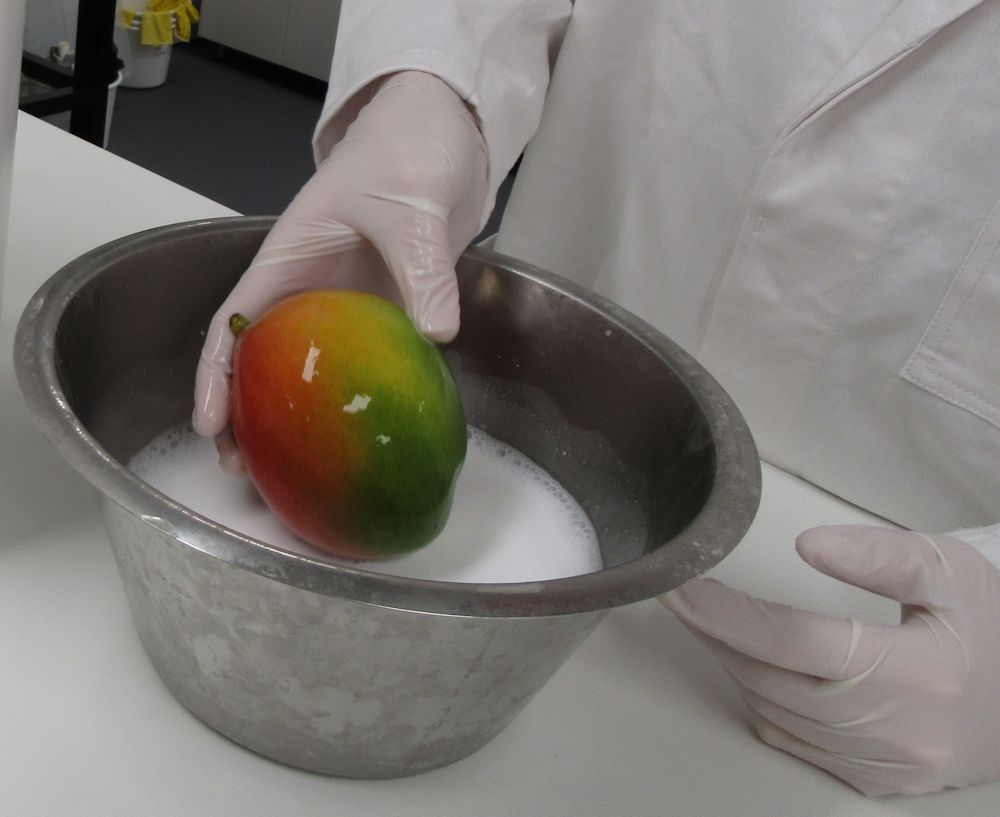 How do we give perishable fruit a longer shelf life, so that there is less wastage? Entrepreneur Victor Monster developed wafer-thin packaging to extend shelf life. The Liquidseal keeps oxygen out and delays the ripening and rotting processes. Fruit with hard skin (mangos, avocados, papaya and citrus) can once again ripen naturally: after treatment, they remain fresh long enough to survive transport.

Artificial intelligence must find its way into the lives of the people who are not yet aware of the benefits and who have no access to it in an understandable, accessible way. This will ensure that the know-how that is currently the exclusive domain of the tech-elite, is ultimately disseminated among the general populace. And that's the aim of AI Commons, an initiative of companies and scientists set to launch next year. The question is: will those tech-elites release their algorithms so everyone can benefit?

The probability of extreme rainfall appears to be increasing. According to engineering consultancy Sweco, urban areas are not well prepared for this. When Amersfoort expressed the desire to store rainwater locally, the company – together with the municipal authorities and the Vathorst Development Company – developed a car park that prevents flooding. Below the water-permeable paving is a thick layer of crushed granite that collects and processes rainwater – without the need for any drains.

Coping with extreme rainfall
Along with the climate, precipitation patterns are also changing. Rainfall may become more severe, with large amounts of precipitation in short periods. Urban areas need to arm themselves against the resultant flooding.