The Stint electric cargo bike falls short on practically all points of safety, reveals a study by TNO. The vehicles may no longer take to the road in their current form.

The Stint came under fire when four children tragically lost their life on 20 September in Oss, in the southern Netherlands, when an out-of-control Stint collided with a train. The vehicle was provisionally banned from public roads as various bodies carried out an investigation into the vehicle, including the Netherlands Human Environment and Transport Inspectorate (ILT).

As part of this, TNO was given the job of carrying out a safety analysis of the ‘BSOStint’, a type of Stint primarily used by childcare centres and schools to transport children.

In short, TNO concluded that the Stint falls short on all key points of safety. That means the vehicle is currently not suitable for transporting people. Based on this conclusion, Dutch Minister of Infrastructure and Water Management, Cora van Nieuwenhuizen, stated to the Lower House of the Dutch Parliament that the Stint may not return to the road in its current form (Dutch). TNO did not investigate the accident in Oss. 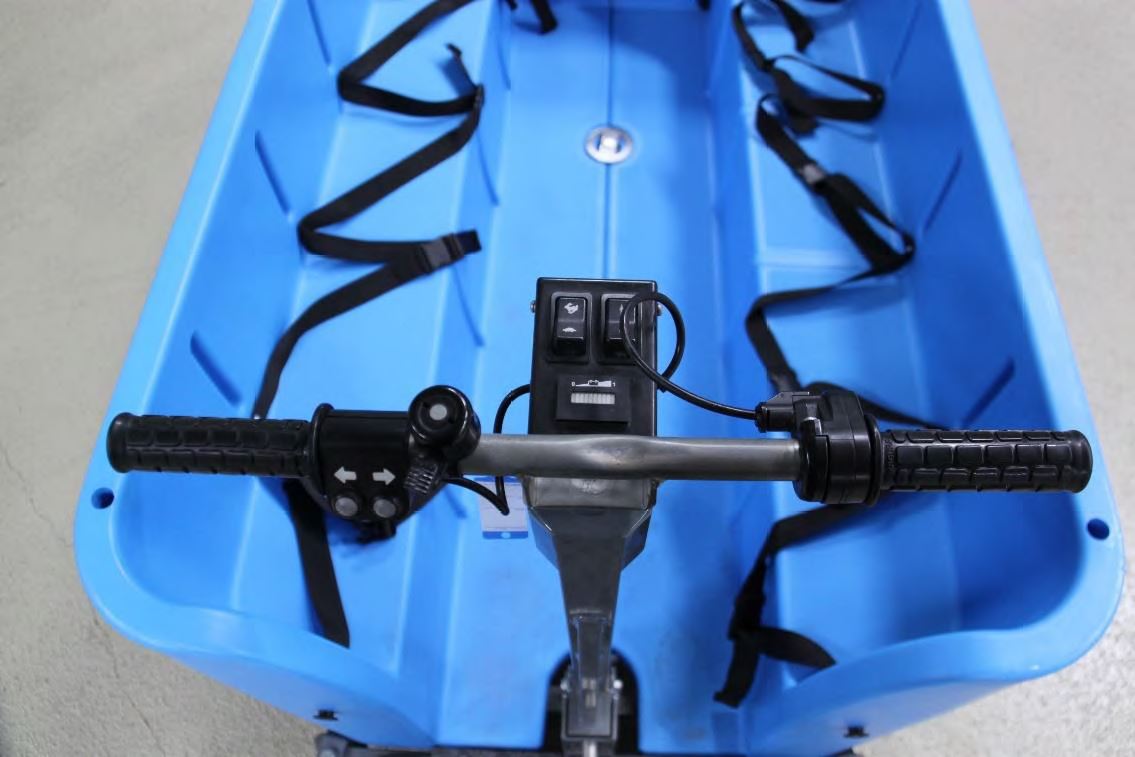 TNO looked at six objectives in the area of safety, as was revealed in the press conference yesterday:

To assess these points, TNO has carried out various tests over the last two months. The first tests were visual tests, involving thoroughly checking and analysing a Stint. These were followed by functional tests: does it do what it claims to do?

In addition, TNO engaged an external expert to carry out so-called EMC tests (electromagnetic compatibility). The question here was: how does the device behave under the influence of strong electromagnetic radiation, such as is sometimes found at a rail crossing? And finally, temperature tests: if the temperature rises significantly, does the device still behave predictably?

During the press conference this morning, it was revealed that the Stint fails to meet the standards on all six points. The vehicle does not brake fast enough, with charts indicating that the braking distance is often as much as twice as long as statutory stopping distances.

Furthermore, unexpected acceleration cannot be ruled out. What's more, TNO described an entirely realistic scenario in which that could happen: if the vehicle's neutral wire came loose.

Moreover, the Stint cannot always be steered to a safe place manually. ‘If the vehicle is stationary at a busy intersection, then the driver must execute two actions before they can push it,’ said TNO researcher Bastiaan Krosse during the press conference.

The risk of the driver falling off the vehicle is also too great, as they are standing upright. And because the brake cables can come loose, it is possible that the Stint could brake suddenly. Finally, it turns out that the vehicle could roll out of control on an incline when in the parked setting. And that too is unacceptable.

One thing the existing Stint does pass on is its reaction to electromagnetic radiation. The EMC tests indicate that the electronics continue to work well under the influence of strong electromagnetic waves. And the vehicle passed the temperature tests, too. ‘We saw the speed controller switch itself off at high temperatures. When it returned to normal levels, the vehicle started as normal,’ said Krosse.

TNO also issued recommendations to improve the Stint and make it safer. Firstly, the device must get better brakes, to bring it to a stop faster. Modifications to the electronics would ensure that the Stint can never accelerate unexpectedly. Also, the automatic electric parking brake must be replaced by a manual brake. And finally, the driver must not stand, but sit on a seat, so he or she is more stable. TNO also asked external parties for suggestions to make the Stint safer. These are stated, together with TNO's suggestions, in a separate report (Dutch).

The schools and childcare centres will continue to be lumped with their useless Stints, as they may not be used. However, the Minister will be announcing new approval requirements for this type of vehicle in the next couple of months. Only then will it be clear whether the existing Stints may take to the road again, albeit with the necessary modifications.

But the question remains as to whether many children have been transported unsafely for all those years. Minister Van Nieuwenhuizen said to news site nu.nl that she wrestles with that question. 'It is not a great story, as this vehicle was permitted to take to public roads as early as 2011. But that's precisely what we're doing now: drawing up a new approval framework.'